Update about 2 years ago Cover 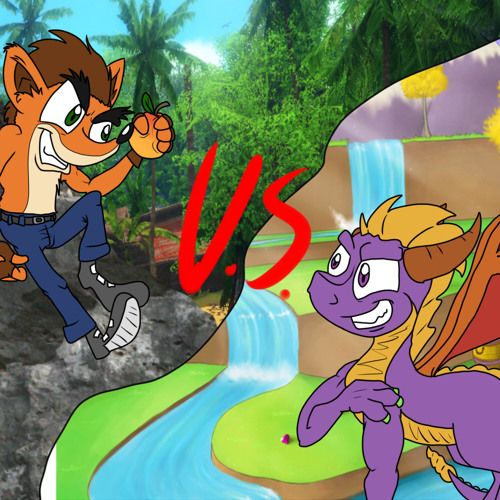 Crash Bandicoot vs Spyro the Dragon

I'll dash round ya, call me Hunter, and I can spit mad flames, to set you asunder.

Spinning round and round, has made you braindead, going (Crash:"woah, ah, ooo.") , you're as smart as a bedspread.

You're easily munipulated, helping Dr. Cortex, time and time again, helping him with his projects.

Those big ass teeth, were shortened in Japan, and you die so much,you betta get a stunt man.

I'm a Dragon, and I have "VicariousVision". stop being reckless and help without collision!

I'm cute, but you look like a frat. so I'll give you a double overhead flip, and headbutt you flat.

your sis is a genius, but you are a joke, I call favor of your hero card, being revoked!

I'll take your insignificance, and eat it like a Wumpa fruit, and I'll spit you out when you're beaten by this Bandicoot.

Even Ripper Roo doesn't like you, bouncing round, and laying TNT, he's kinda loco, dude.

I had a hot girlfriend, but she was removed, while you didn't for a long time, up until you got renewed.

I'll crush you like a crate, and set you off like a TNT, I'll even open this stupid door, for a small fee.

You fought a steroid-ridden gnorc, an angry lil' midget, and a sorceress who needs to lay off the pork.

Can you actually fly, or spit fireballs? You're like Spike, cause you're not usefull at all.

ya should've listened to Coco, (Coco:"This is a suicide mission, don't fight this dragon, he'll beat you into submission.")

I'm like an Egg Thief, cause I'm stealing your renown. Calm down Taz, you need to back down.

you can't speak english, but you have an attitude, even with some tats and a studded belt, stop trying dude.

You're right where I want you,Sergent Bird can't help with this, cause I'm going lay a nitro, stone-hard diss.

Hunter is a idiot, you are childish, Sheila is dense, and  Bentley uses violence.